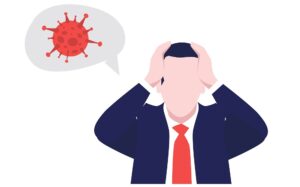 The last year was disastrous for business in Poland. The epidemic of coronavirus and the subsequent lockdowns have ruined the foundations for the operation of many industries and businesses. It would appear that in its wake, the economy will experience many bankruptcies, but at the moment the numbers don’t look bad – according to the data of the COIG, the number of bankruptcies in 2020 has not changed compared to the previous year.

How should we interpret these data? Do they prove an exceptional resistance of the Polish companies to difficult market conditions or are there other reasons for that? Below we attempt to answer these questions.

One of the main factors influencing the reduction of the scale of reported bankruptcies were the new “epidemic” legal regulations. An example of such a regulation is the introduced mechanism which enables to withhold the submission of a bankruptcy petition until the end of the state of epidemic or the epidemic threat. Many potential bankrupts have certainly used this mechanism. A procedure of the so-called “simplified restructuring” has also been introduced, which can be used by entrepreneurs to effectively protect them from creditors. Many companies have used this option, which resulted in a doubling of the number of restructuring proceedings in 2020 compared to the previous year.

However, it should be noted that these regulations are temporary. Together with the end of the formal state of epidemic expected this year, it will no longer be possible to avoid the obligation of submitting a bankruptcy petition. Even if it will be possible to successfully complete the ongoing restructuring proceedings, a significant part of the debt will have to be repaid. This factor will therefore soon cease to work.

Certainly, one of the elements that delayed the bankruptcy of many companies was public aid. No matter how we assess the effectiveness of the successive anti-crisis shields, they have significantly protected many companies from financial difficulties. This relates in particular to small companies in the first months of the epidemic, when the amount of the public aid was significant.

The public aid granted to large companies was relatively lower, but also in their case the sole prospect of obtaining it was able to prevent entrepreneurs from submitting bankruptcy petitions (“the epidemic will finish soon, if I get some help, I’ll manage to survive”). The majority of entrepreneurs have come to realise that they have to rely mainly on themselves.

Every reasonably managed company should have capital reserves, which is a key to survival in difficult times. Unfortunately, most Polish companies have a problem with this. This results mainly from their short history and from the need to continuously invest in order to “catch up” with more prosperous foreign companies. The ongoing epidemic has certainly significantly reduced the already meagre capital reserves of many Polish companies.

A significant reduction in revenue during the epidemic does not always mean immediate cash-flow problems. A decrease in sales means a smaller involvement of working capital – our receivables decrease, we can limit the volume of stocks and delay payments of certain liabilities. In the first months after the revenue plunge, many companies have not yet experienced huge liquidity problems. The main reason for the declaration of bankruptcy is the lack of solvency, that is why initially there are no reasons for its announcement.

Unfortunately, this is only a temporary factor. The scale of financial shortfalls in companies will become strongly apparent only when the value of working capital will have to be restored after the return to normality. Banks will certainly not be willing to significantly increase the financing of indebted and unprofitable companies, without which the companies will not be able to return to normal operations. The excessive debt and the inability to settle liabilities are, unfortunately, obvious reasons to declare bankruptcy.

A lifeline for the companies at risk of bankruptcy may be capital transactions, leading to the acquisition of new investors or consisting in disposing of a part of assets and leaving a part of business.

This post was published by Piotr Łagowski on March 4, 2021 at 09:03 am
Posted in Blog, Finansowanie dla firmy, Sprzedaż i zakup firmy. There's 0 Comments posted.